Judaism is one of the world’s oldest religions, and it is one of the three Abrahamic religions that originated from the Middle East region. The roots of this religion can be dated back to 4000 years ago, and Israel is the birthplace of Judaism.

People who follow this Abrahamic religion believe in monotheism, that there is one omnipotent deity who spread His message through the revelations from His Prophets in the ancient era. If a person wants to know about how Judaism spread across the world, then he needs to learn about the history of this great religion in order to understand the true nature of this religion.

Judaism is embedded in our modern culture and tradition in a profound way. Religion has played an influential role in the history of mankind and shaped our present-day in more ways than one. The fundamental belief of Jewish people lies in the fact that they believe the universe and the Earth and all living beings were created by an omnipotent God who has a special covenant with the Jewish people. Their God has propagated His message by sending Prophets down to Earth since ancient times.

The God in the Jewish religion rewards people for performing good deeds while punishing people who perform evil deeds on this planet. Most of the modern followers of the Jewish religion believe in the Prophet of end times, a Messiah who would come during the final days of this planet. This belief is not shared by Messianic Jews and some other small groups from this religion. In our present day, there are close to 15 million who belong to the religion of Judaism. Most of the Jewish people live in the state of Israel, which is the only Jewish state on this planet. There is a large Jewish diaspora currently situated in the United States of America, and this happened because the country took in large numbers of Jews after the end of the Second World War. Large populations of Jewish people also live in Russia and Poland, and some smaller groups of people are scattered around the European countries. There is a Jewish tradition if an individual’s mother practices Judaism, then that individual is considered to be a Jew as well.

Tanakh, or the so called “Jewish Bible” is the most sacred text in the religion of Judaism. The first book of the Tanakh is known as the Torah, and there are four other sacred books in the Tanakh. The Torah basically outlines the sacred laws for Jewish people to follow. The sights of worship for the Jewish people are called synagogues. The city of Jerusalem is considered to have the holiest sites in the religion of Judaism.

How Did Judaism Spread? 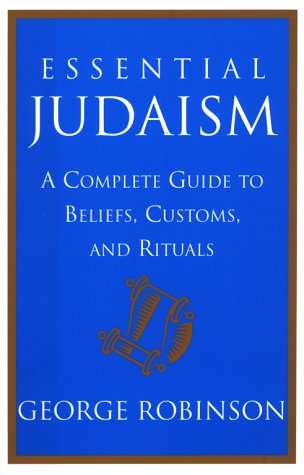 The year of 1492 is a significant year for the Jewish religion, as it was the year when it entered North Africa and the Middle East. At that time, the Jews were expelled from Spain, and plenty of Jews from other regions of Europe also started to migrate in mass towards Asia and Africa. They were primarily forced to flee their homes due to being persecuted in the different countries of Europe during the Middle Ages, and people were forced to either convert to Christianity or face death. The Middle Ages were a time when the Catholic church in Europe wielded great power, and they used this power in a malicious manner as they forced minorities living in their lands to either convert to Christianity or face execution. The Jewish and Muslim population of Europe faced the brunt of this persecution, and it was a primary reason when the Jews were forced to scatter all over the globe.

During the Crusades, the Jews were also forced to become refugees as Europe and Asia saw large-scale conflict. Many of the Jews from that time either immigrated to Europe or the Middle East. The 20th century was also a significant time in the history of the Jewish people. After the Great War that concluded in 1918, Germany began to militarize its population and forced the Jews to flee from their country. At the start of the Second World War, the Germans began a massive campaign to lock up people of the Jewish faith in concentration camps. This resulted in a majority of the Jewish population of Europe being exterminated due to starvation or execution by the German state in what was known as The Holocaust.

When Islam was established in the 6th century in Arabia, the Jews and Christians living in the Muslim lands managed to live in peace with the Muslims as the rulers of Islam were kind towards people belonging to other faiths. This was not the case during the times of the Pharaoh in Egypt or the time during the Ancient Roman Empire which forced the Jewish people to flee from their lands. This repeated migration from Europe and Africa resulted in the followers of this religion being scattered across tiny pockets in different regions of the world. The only continent where Judaism did not manage to spread was in South America, which was largely untouched by the Europeans until the 15th century.

There are sizable populations of Jews in both North African states and in Middle Eastern countries as this religion originated in Israel, and so most of the followers of this religion belong to this place. Although the population of Jews took a severe hit during the culmination of World War II, subsequently the Jewish people were given safe haven in countries such as the United States of America and a Jewish state of Israel was created in 1947 so that the population of Jews can and thrive and the religion of Judaism can prosper in the modern times.

If you have any questions in your mind about this comparison, then feel free to ask us and post lovely comments below or contact us.